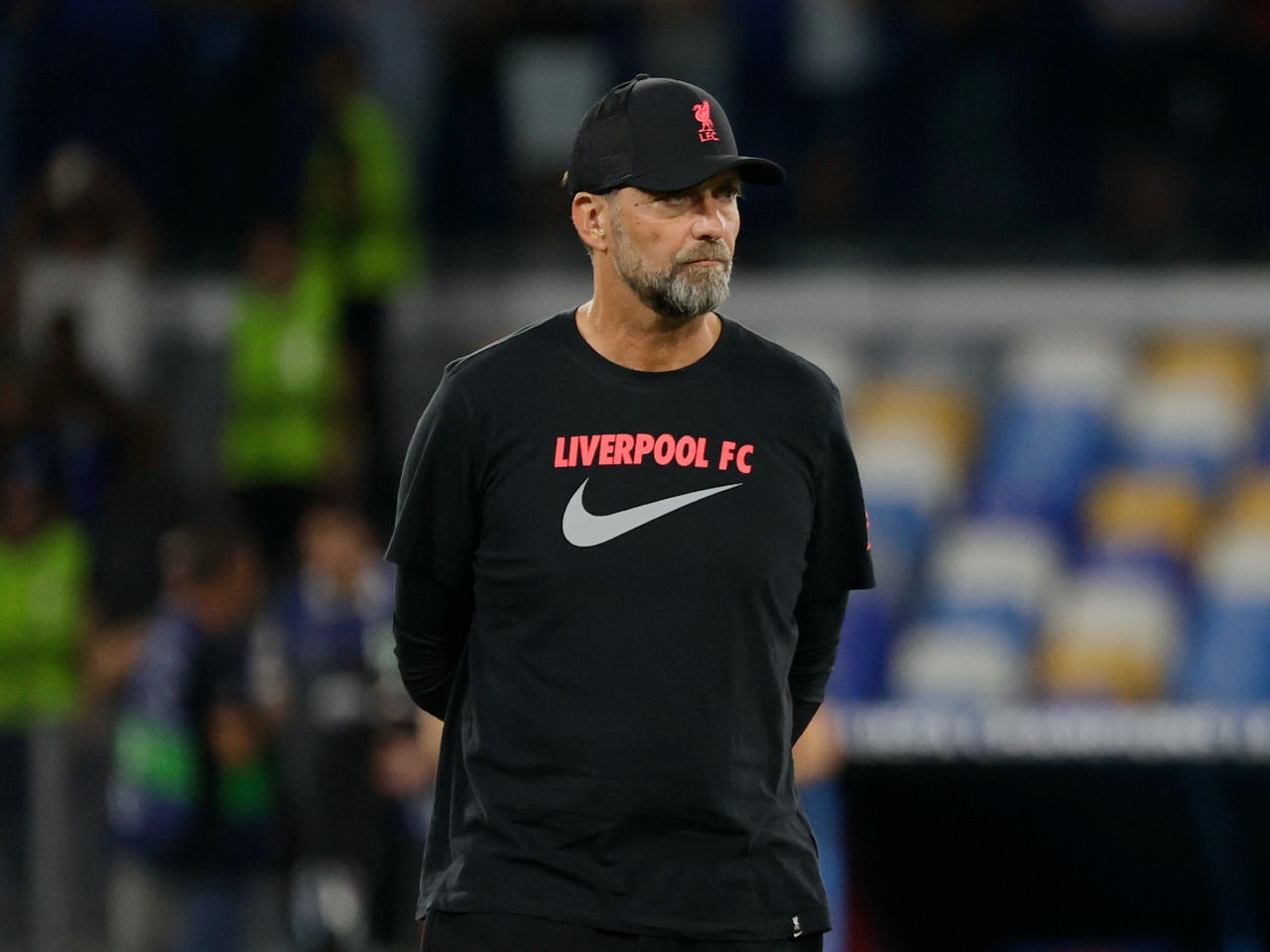 The Reds got their Champions League group stage campaign off to the worst possible start in southern Italy, with last season's runners-up finding themselves 3-0 down at half-time due to Piotr Zielinski's penalty and goals from Andre-Frank Zambo Anguissa and Giovanni Simeone. That three-goal margin could have been four had Alisson Becker not saved Victor Osimhen's first-half penalty - but Napoli found that fourth goal immediately after half-time as Zielinski tapped home. Luis Diaz's consolation goal could only spark a small revival. "It was really tough to take but I would say not that difficult to explain," Klopp told BT Sport. "Firstly, Napoli played really well and we didn't. That is the first explanation for the defeat. The two penalties we concede, they were both a little unlucky. "The next two goals we concede are handed to them on a plate. That is not cool and we should have defended better in the first place and, of course, in the last moment as well. Liverpool's next match sees them take on Wolves in the Premier League on Saturday and Klopp believes Bruno Lage's side should be "laughing" at the prospect of playing his side. "We need to reinvent ourselves," the Reds boss added. "There are a lot of things lacking, not in all games but the fun thing is we have to do it in the middle of the Premier League season and a Champions League campaign. We need a set-up to be better in pretty much everything." "We have to play in three days against Wolves. If Wolves saw that game tonight they would not stop laughing and would say it is the perfect moment.